Even though I'm really into action games, Strategy games (and specially turn-based strategy games) have a place real close to my heart.

That whole thing about getting through a game, not with your skills or reflexes, but with your brain makes a victory even more rewarding. Then there are those beatiful different units every game gives you command of; how could I compare driving one character, when I'm in control of a whole army?!

Games like Final Fantasy Tactics, Ogre Battle, and Fire Emblem became inmediate obsessions of my own. But I'm not really into fantasy games as I am about—you know—war games, and Advance Wars remains one of my favorite series of all times; I've mentioned it both as one of my Most Influential Games of All Times, and (just recently) as The Game I'd Play Forever.

Also, I just became obsessed with XCOM: Enemy Unkown when I rented it some time ago, I just don't know why I didn't try it earlier. Now I'm looking forward to get it.

Finally, there's that other title I like talking about, but many people really know:

Operation Darkness, and here's the review I made for GameCola some time ago. And more than just talk about it and giving a score, I even added its very own ESRB rating: 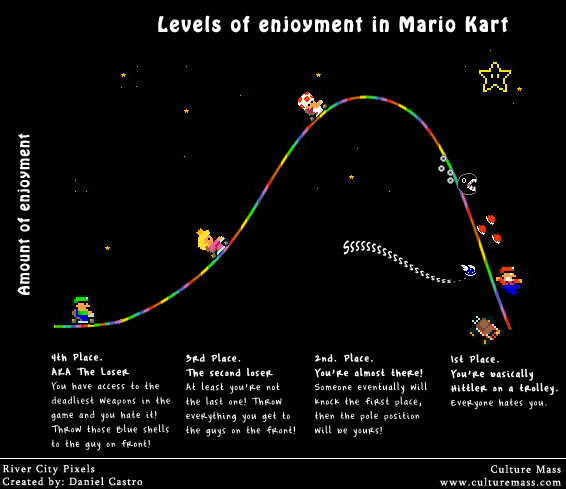 Oh, yes. I also made a comic about my experiences playing former Mario Kart titles, my expectations for the new game on the series—Mario kart 8, and my memories of my friends and I playing Mario Kart Double Dash way waaaaaay too much, that I can no longer like that game anymore.

By the way, I'm momentarily pleased by Mario Kart 8, let's see if that lasts enough.

World of Tanks: How to Drive Online Gaming Back into my Heart

I’ve spent so many hours playing World of Tanks since it was released on Xbox Live, which I find very surprising since I just stopped caring about online gaming some time ago, mostly because every game these days tries to lure me to keep playing its awesome new multiplayer options in the little time I have for gaming these days.

I knew this day was coming; I never stopped liking competitive gaming. It was just a matter of getting my hands on the right game to bring me back into multiplayer. Now that I’m pretty much hooked to World of Tanks, I want to sit down and talk about the reasons why I like this game so much.

When I think about it, I realize that this game not only offers some good reasons that keep me playing it, but actually does everything right in order to catch my attention. If you’re also heavily into World of Tanks, maybe the following statements will sound familiar: 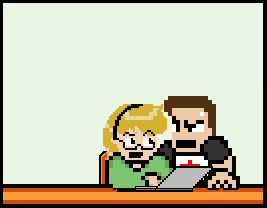 Here's another comic I did some time ago, this time is a guest comic I did for 3-Chord Dorks, the webcomic that is all about celebrating rock and music in general.

Kevin Griffin (the comic's artist) took a couple weeks vacations, and offered the chance of doing a guest comic for him... which I took inmediatly and enjoyed the hell up of building Kevin and Jolie with pixels.

Anyway, I played this one to both critique our Internet-generation and lyrics websites, as well as making small reference to Don McLean's American Pie, one of my favorite songs of all time.

The Best of BANHAMMERED! Collection 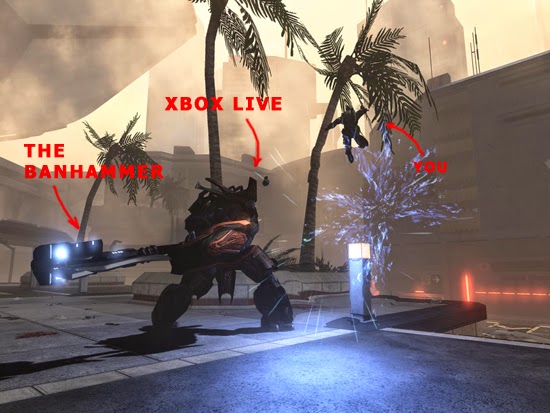 Back in November 2011, Xbox Live seemed to be holding some sort of banning season, since there seemed to be a lot of users being taken down from the service, as I looked into the issue, I went to the Xbox Live’s forums and found lots and lots of people complaining why they were “unfairly” suspended or banned from the online service.

Later on I couldn’t keep myself from laughing. Not only the complaints made by Xbox Live’s users were hilarious (apparently, no one didn’t recall doing anything wrong), but also the way the XBLPET—the Xbox Live Policy Enforcement Team—decided to respond to those inquiries was pure gold; they didn’t hold anything back and let them know the specific reason why they deserved being taken down from XBL’s service.

I knew I had to share this with everyone, so I made an article about it, I called this one: This Banning Season, and  uploaded it into GameCola; here I did some sort of PSA informing readers how to avoid the wrath of the Banhammer by making fun of people being banned from Xbox Live.

Later on, I published this article on Bitmob (the site that started it all) and it caught the eyes of the editors, so it ended being promoted to the first page, and renamed as From the Xbox Forums: The best of BANHAMMERED!

See? This is why I usually trust on editor's judgement. In this case, they didn't only came up with a funnier name, they reshaped the whole concept of the article, and made a bigger enphasis on fun parts of the article. I don't mind if someone's taking away some of my words, as long as the overall message is better delivered.

But last year I wondered if I did a wrong to the world because—for whatever reason—theXBLPET just stopped responding to complainers the way they did pretty much after my article was published. So I went back to those days, and dug up a few more precious posts to share in a second article, this time the theme was to put down the fears of people losing their games over being (once again) "unfairly" banned. So I named this one as The Best of BANHAMMERED! 2: In Defense of Xbox Support.

Still, my collection of hilarious posts from Xbox Live Forums held a lot of great pieces, so I knew it was just a matter of time until I finally released the third part. And here it is, The Best of BANHAMMERED! 3: Retribution.

Because you just can't have a sequel without a subtitle, right? I hope you enjoy reading them as much as I did collecting these, I don't think there'll be a 4th part as long as the Xbox Forums remain as boring as they're these days.

Inverted Controls: Can you tell me which way is up?

It happens all the time. Whenever someone is about to play on a controller (or a profile) I was just using, there’s always that question I need to make, and—more or less—a dialogue like the following takes place:

Yes, that’s right dear readers. My name is Daniel Castro and I play with inverted controllers; this is one of the reasons I’m familiar with the controller settings menu of every game I play. Not only I need to make sure that inverted Y-axis is “on” whenever I’m about to play, I also need to change it back to “how normal people play” when someone el se is going to use that same controller.